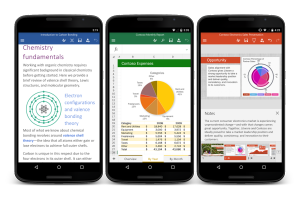 Five weeks ago, the Office for Android phone preview was announced. This was tested on over 1,900 different Android phone models in 83 countries.

Here are a few of the aspects of the new Android phone apps: